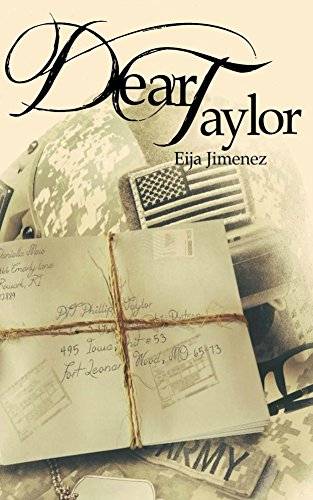 Also in this series: Sincerely Daniella by Eija Jimenez

Taylor Phillips was working as a barista in NYC the day the twin towers came crashing down. Seeing her city in shambles, coated in ash, and American lives lost, she enlisted to fight the War on Terror.Daniella Melo, a Rhode Island American History teacher, challenges her class to write letters to soldiers fighting overseas. With one name left and a student short, Daniella takes it upon herself to write letters to Private Taylor Phillips stationed in Afghanistan. Over the next two years, the women exchange letters, sharing stories of their daily lives: Daniella trailing after her rambunctious daughter, Jackie, and dealing with overeager seniors planning prom while Taylor trudges through sand and dirt, driving her humvee in cold deserts. Their friendship continues to grow until it becomes something so much more than either woman expect.